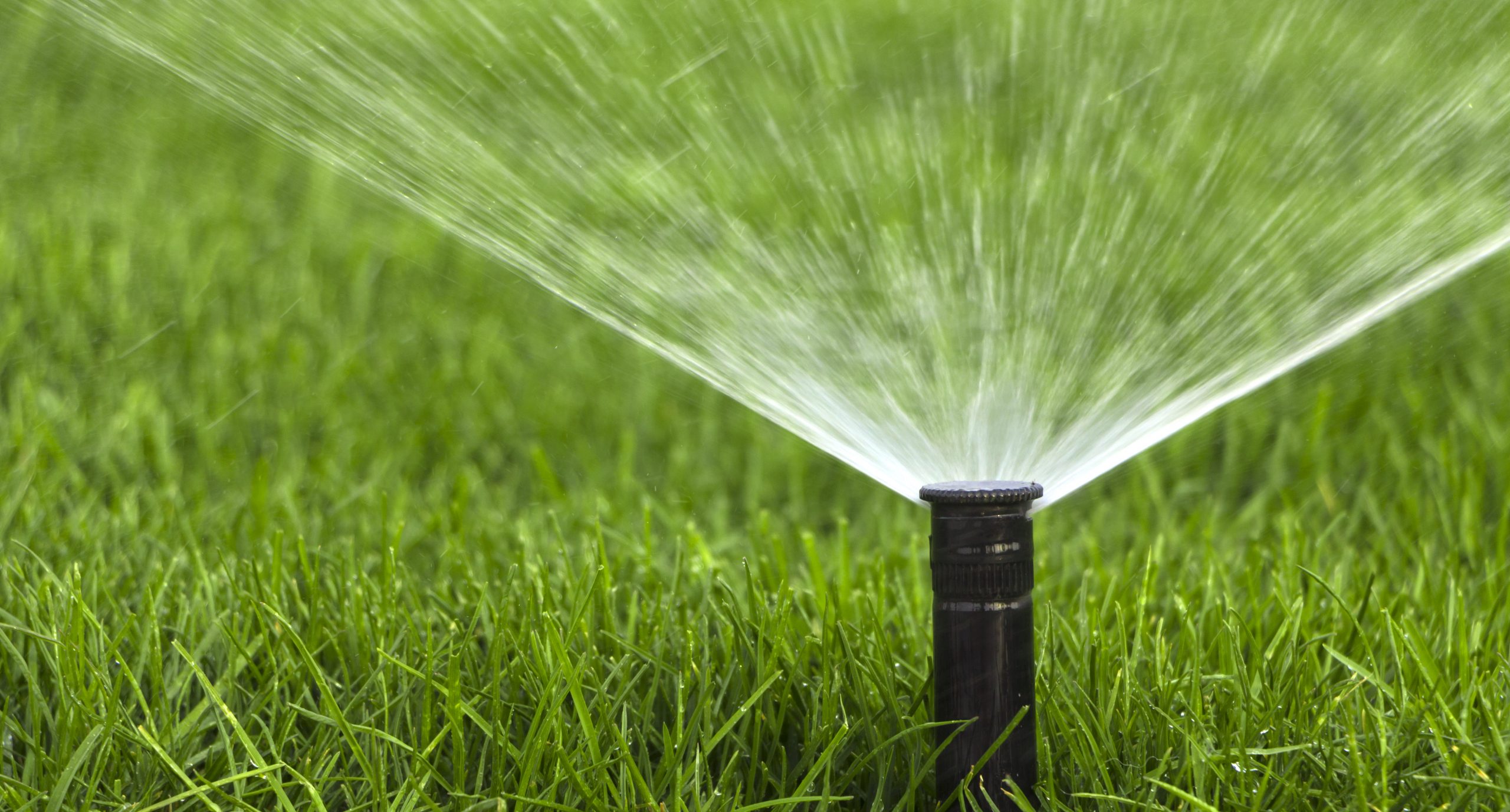 Irrigation is performed primarily to provide adequate supply of moisture for turfgrass growth.  Lawns are irrigated to wash in fertiliser, to maintain surface moisture and cool down leaf surface temperature during hot days.  Following an irrigation event, water is lost from the turfgrass root zone by evaporation and transpiration processes, which are collectively called evapotranspiration.  Also, some of the water is lost through deep drainage beyond the root zone. Moisture is then obtainable from lower soil depth as water moves upwards through capillary action to replace water lost through evapotranspiration.  If the upward water movement from lower soil depths do not take place fast enough to supply turfgrass requirement and without timely irrigation, turfgrass may die or become dormant.

The amount of water required by turfgrass is a function of solar radiation, grass type and rooting depth.  In the summer months when the solar radiation is intense, evapotranspiration proceeds at a maximum rate whereas it reduces in the winter months.   Rooting depth determines the volume of soil that acts as a water reservoir.  Thus, deep rooted turf will have lower irrigation frequency requirement than shallow rooted turf.  As the turfgrass undergoes changes during the growing season, irrigation requirements change as well.  It is therefore essential to determine an irrigation schedule that promotes deep rooting so that a good rooting system is preserved when conditions are unfavourable.

HOW MUCH TO IRRIGATE

Irrigation requirements are determined by the type of grass, the growth stage of the lawn and soil type.  Newly sown lawn requires more irrigation than a well-established lawn.  After sowing seed, it is required that you irrigate daily.  This is to ensure the top soil surface (2cm) layer remains moist all the time such that the seed may germinate well.   Do not over-irrigate as seed may wash away or rot.   Also, sandy soils will dry out more quickly than soils with a clay content.  When the grass is well established, you will need to irrigate less frequently but deeply.   This allows the soil near the surface to dry between irrigation events which leads to deeper and stronger roots.  Strong roots cope far better with summer heat and drought.  In addition, it allows the lawn to green-up quickly following a winter dormant season.  When irrigation is too much, roots will become shallow and more vulnerable to environmental stress such as heat and drought.

On average, most lawns require 25mm of water weekly to grow healthily.  This is how you can measure your sprinkler output to determine your irrigation:

From this determination, you may irrigate twice a week at 10 – 14 mm per irrigation event.  Please note that, in the summer you may increase the water requirement to 30 – 35mm per week. Cool seasons grasses (All Seasons Evergreen® and Shade Over®) will always require more water than warm season grasses (LM/Berea, Princess77, Buffalo, Kikuyu).

Early morning is the best time to irrigate your lawn – ideally between 4 am and 8 am. This will prevent the water from evaporating and the lawn will dry quickly after the irrigation, which makes it less prone to moulds and diseases.  Avoid watering in the middle of the day when more water is lost to evaporation. However, cool season grasses (such as All Seasons Evergreen® and Shade Over®) growing in the sun may require watering during the hottest time of day to cool down leaf surface temperatures.  You may also irrigate late in the afternoon preferably an hour before sunset to allow grass blades to dry off.